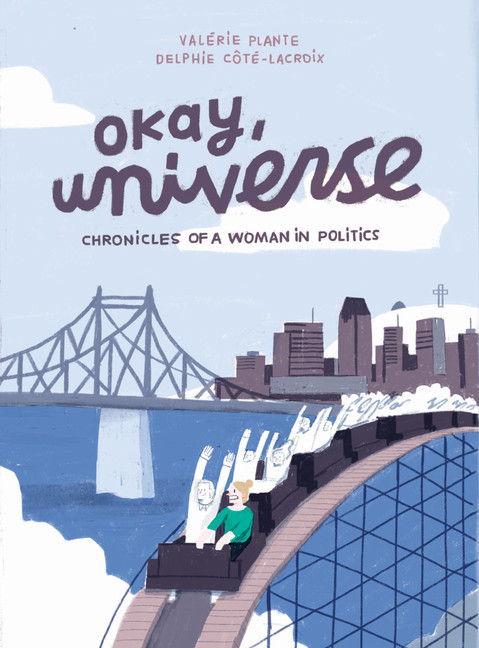 A story about political organizing and the power of community

Valérie Plante stood up to the patriarchal power system of her city, took down an incumbent, and became the first woman elected Mayor of Montreal. Her origin story comes alive in Okay, Universe. This captivating graphic novel—created in a true collaboration with Governor-General Award-winner Delphie Côté-Lacroix—follows her journey from community organizer and volunteer to municipal candidate, and the phone call from the local social justice political party that changed her life forever.

Okay, Universe is the first time Plante has told her story, and she has chosen an art form that is not just emblematic of the city of Montreal and its love of the arts and bande dessinée, it’s an art form that is accessible to all readers and perfectly suited to her message. With patience, determination, and the strength of will to remain true to her core beliefs, Okay, Universe details the inspiring political campaign where slowly but surely she gained the trust of a neighbourhood fighting for affordable housing, environmental protections, and equal opportunities. Okay, Universe demystifies the path to success, simultaneously showing the Mayor’s inextinguishable commitment to creating positive change in the world and educating about the vitality of political engagement.