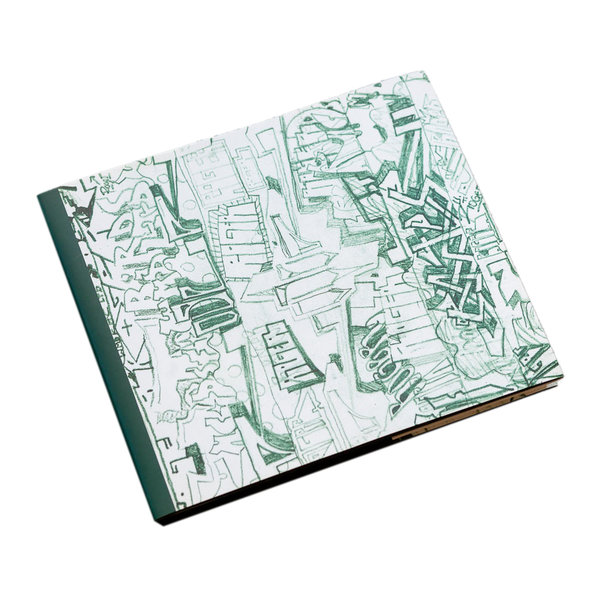 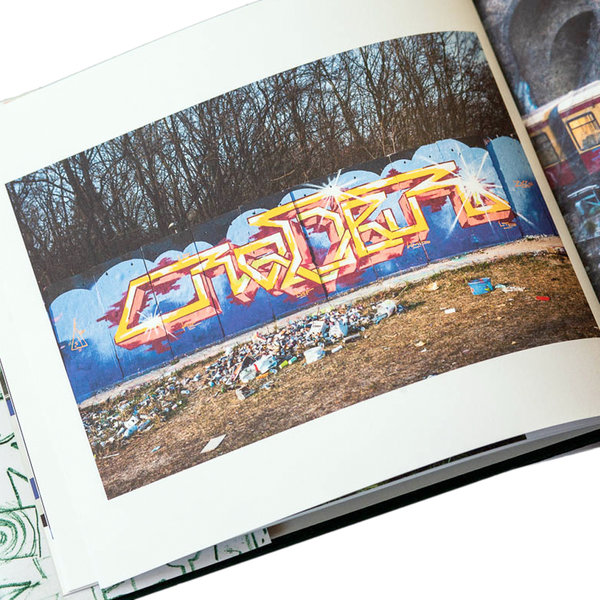 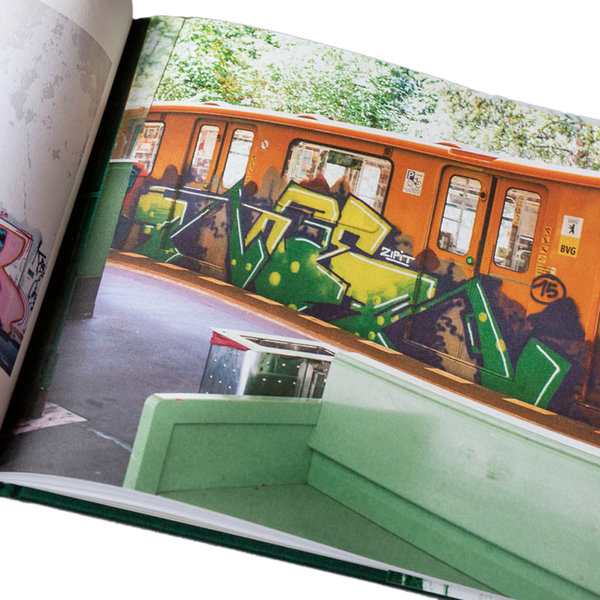 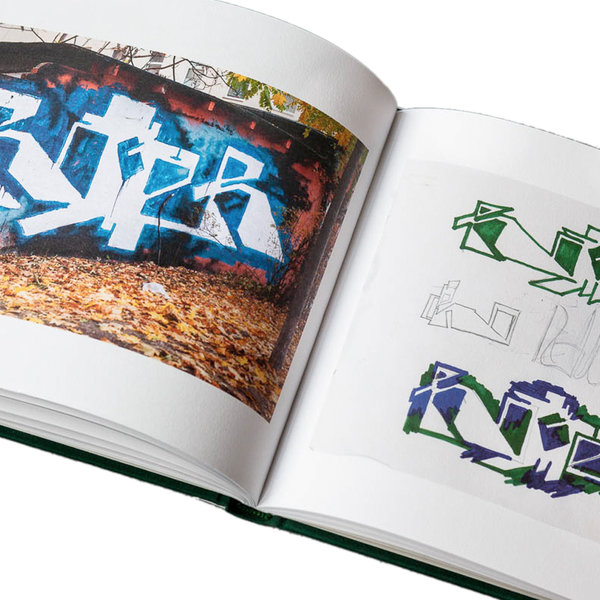 Writing the same name for over 25 years seems to lead into two possible scenarios: writers achieve a kind of individual peak of style and piecing, which is now constantly repeated with minor changes. Or the second, and by far more rare occurring one: writers who continuously work on their never-changing letters, facing the challenge to let their name look new, surprising and vivid with every latest piece.

In NEVER BE LATE, prime example of the latter category ROGER, presents a selection of 55 pieces from 2006 till today. Full color panels in Vienna and hall of fame burners in Berlin, abandoned industrial black-and-white pieces and S-Bahn candy colored quicks or dirty subways combined with perfect traffic shots in bright sunlight: these opposing couples hint the variety of surfaces he uses while at the same time each double page demonstrates the artist’s sheer endless ways of reshaping his name.

The remaining pages show hundreds of name and crew sketchings. Unlike other publications of the last years in which sketches are presented as perfect drafts for later pieces, you can follow ROGER working on ideas which sometimes need several attempts to become final outlines. While the pieces, as painted in public space, are intended to reach a broad audience of spectators, having access to these authentic sketches feels like a clandestine look into an intimate diary of style.

Analyzing ROGER’s scribbles you will find yourself checking the books’ first half again and again for possible executions of his ideas, but also wondering if you might have seen the product in traffic, online or if they have ever been realized at all. Don’t miss the chance to get the first print publication ever by one of Berlins top notch writers!