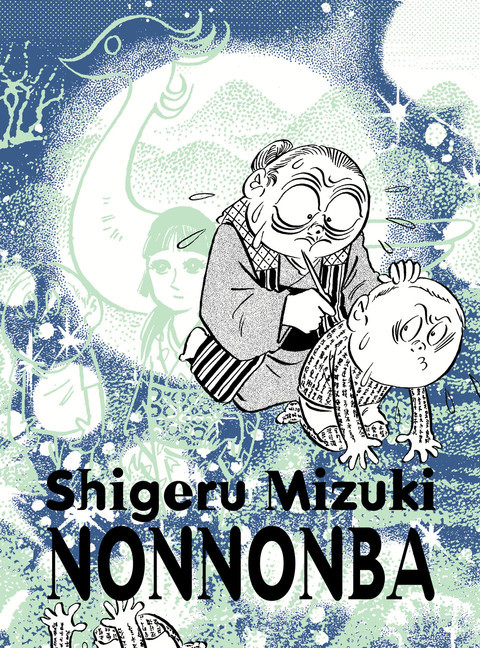 NonNonBa is the definitive work by acclaimed Gekiga-ka Shigeru Mizuki, a poetic memoir detailing his interest in yokai (spirit monsters). Mizuki's childhood experiences with yokai influenced the course of his life and oeuvre; he is now known as the forefather of yokai manga. His spring 2011 book, Onward Towards Our Noble Deaths, was featured on PRI's The World, where Marco Werman scored a coveted interview with one of the most famous visual artists working in Japan today.

Within the pages of NonNonBa, Mizuki explores the legacy left him by his childhood explorations of the spirit world, explorations encouraged by his grandmother, a grumpy old woman named NonNonBa. NonNonBa is a touching work about childhood and growing up, as well as a fascinating portrayal of Japan in a moment of transition. NonNonBa was the first manga to win the Angoulême Prize for Best Album. Much like its namesake, NonNonBa is at once funny and nostalgic, grounded in a sociohistorical context and floating in the world of the supernatural.