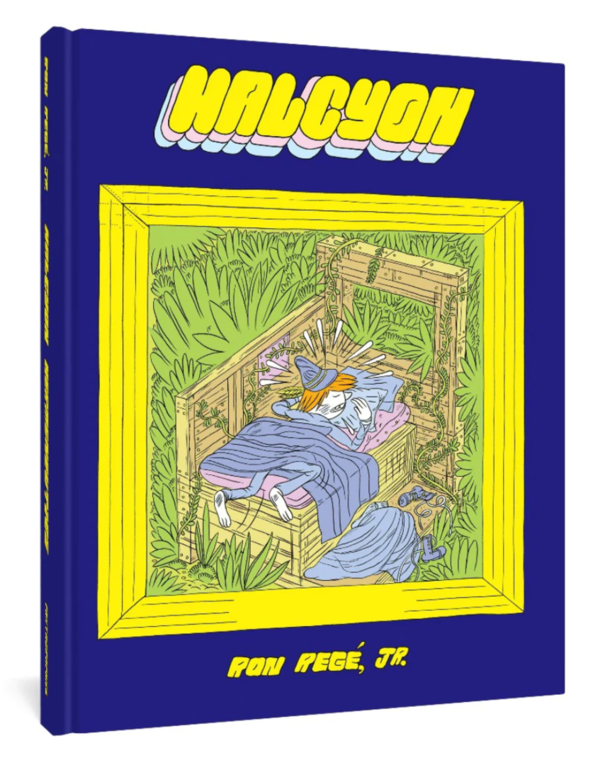 Halcyon is a graceful and psychedelic vision of a graphic novel that spans time, terrestrial planes, SF, and new age mysticism to detail the spiritual journeys of its two nonbinary protagonists.

The sleeping figure on the cover hints at the dream logic that drives this visual feast of a graphic novel. It can't all be explained, and it isn't meant to be explained. Ron Regé, Jr. is one of the singular cartoonists of his generation, an unusual but skilled stylist and storyteller with an acutely passionate moral and idealistic core that stands out amongst his peers. Halcyon is a spiritual cousin to Regé's 2012 graphic novel The Cartoon Utopia, which has garnered a following in new age and hermeneutic studies circles and in which higher beings try to communicate with us through art, music, and storytelling — a theme revisited here via the book's central characters. Halcyon is the work of a cartoonist at the height of his powers, a superlative use of the form in the service of relating the author's compassionate — and visually stunning — worldview.